Auto focus every time I switch on?

Hi, just ran a software update on my PicoPix Max two weeks ago as Netflix movies would download but not play. They do now play but I get an error half way through the movie and it stops playing, so annoying. Anyone else have this issue with Netflix?

But that’s not why I’m here now. Since the update it auto focuses every time I switch on whereas before it remembered the focus (it’s ceiling mounted so remains static). Ordinarily I wouldn’t be too phased but as I have my Sky box plugged into the HDMI it automatically switches over to HDMI on startup, where the auto focus doesn’t work! Even if the Sky box is switched off it knows HDMI is plugged in and shows a green screen with NO DEVICE DETECTED (BLURRY). I have to physically unplug the Sky HDMI from the projector, back out to the standard PicoPix screen, perform an auto focus, then plug the Sky HDMI back in the projector. That is annoying as I’m messing with the mount every time, and I’m the only one in the house who knows how to do this so had the Mrs on the phone telling me off when I was not there cos the projector was blurry and she couldn’t watch what she wanted to. Does anyone know how to keep the focus in check?? 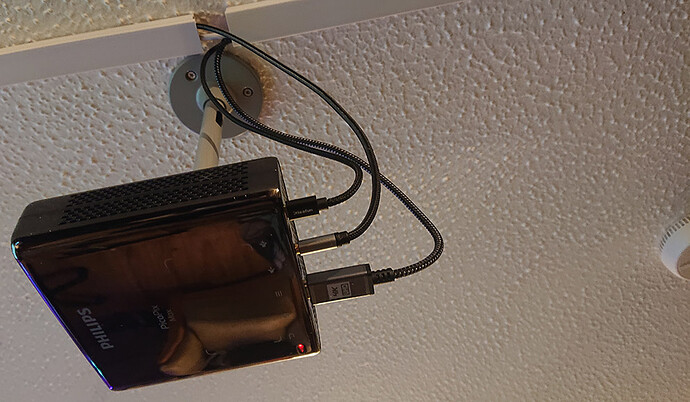 Hello @Dom you can disable power-on autofocus from the Settings > Image Settings screen: 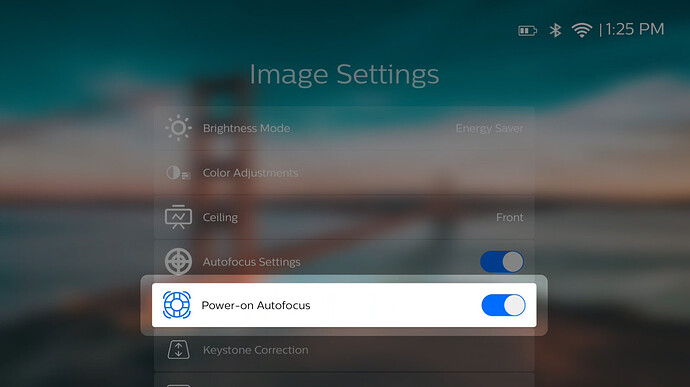 2 posts were split to a new topic: Welcome screen always comes up