it is not the plug at the device that is broken, but the plug/adapter (EU) for the socket.

I only wanted to pull the plug out. Absolutely no force or violence. Without a resistance I held one piece of the EU adapter in my hand and the rest was still in the socket. The dangerous problem: It was not the entire EU adapter; it broke in two pieces.

I pulled the remaining piece out of the socket - it was my own stupidty making this actually quite dangerous, since the metal of the electric conductor was just blank in front of me. Thanks god nothing happend, since I did not touch the metal but this is not only sad, but highly dangerous! Imagine a child or a stupid not attentive man like me hits the metal!!!

The situation now: I pulled it together again somehow, see pics. But I dont trust it anymore, plus the adapter got stucked again in the socket. I test it (with the fuses off).

Pls advice (me) urgently what to do. I received the picopic this morning.
Pls take care (for everybody) so nothing will happen. 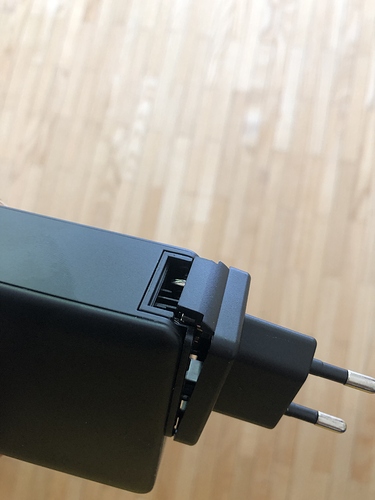 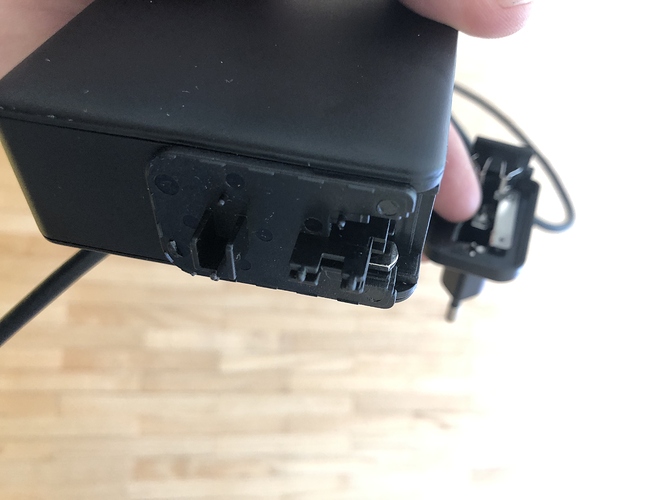 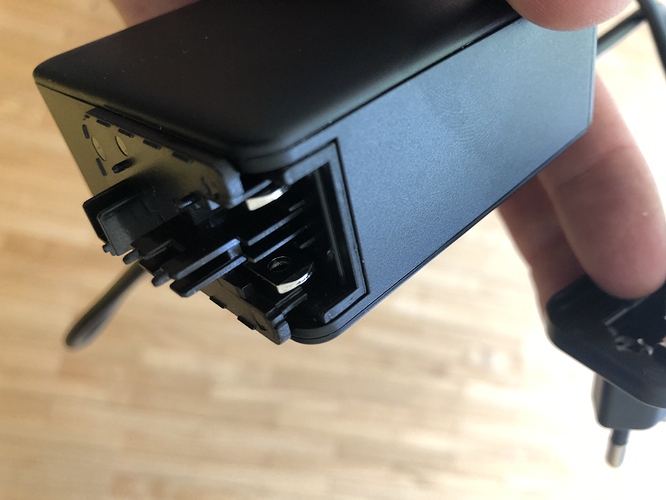 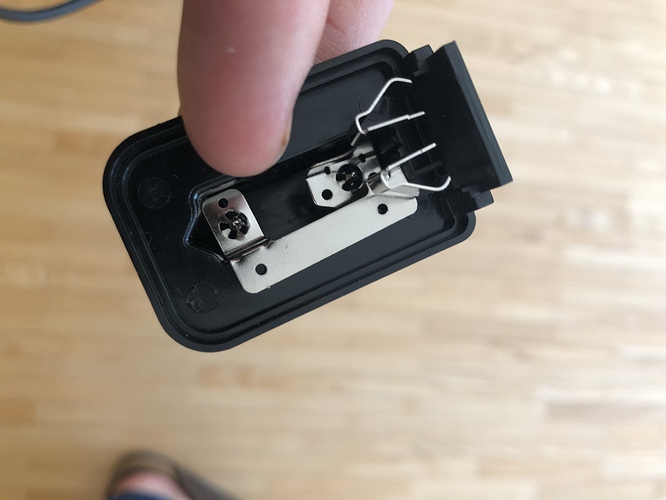 @andreas1 Please edit your post above add the other pics now, I’ve given you the proper trust level to do more than one pic.

Gee that’s a lot better, had no idea what we are looking at earlier, so it’s a simple matter of getting a new eu adapter plug then? If the charging brick has no problems? oh and checked my spare eu plug seemed very solid you must have been unlucky

The rest seems to be fine and yes; it’s simple matter of getting a new EU Adapter plug.

How? Who cares for it?

The first pic was to show how dangerous that might be. But if I only was unlucky … well fine. Than I was lucky (not touching the metal) being unlucky (having a broken plug).

Perhaps a UK backer wouldn’t mind sending their spare EU plug to you, even if only for a while so you can get the unit charged and in use until Philips Projection sends you a new one.

I personally never keep the other plugs, as I prefer to just take an extension cord with multiple EU sockets and only have one travel adapter to plug the extension cord into the wall socket. So if any UK backer who would only keep the UK plug anyways can send you his EU plug,…

Thanks.
Whom do I approach to receive a new adapater from philipps? the general customer service? That is my main challenge; I dont know who is in charge for the kickstarter picopix

And: I like your suggestion, however I dont know how I could contact & finde such a person, who is willing to send me the spare plug.

I’m sure someone on here will PM you. There a good bunch

Whom do I approach to receive a new adapater from philipps?

Send an email to support@screeneo.com indicating the problem. I have no idea if and where we would have this piece in stock though, which is why I suggested someone who’s not using their EU plug send you theirs.

I have the same problem. My charger broke the same way when I took it out of the socket. Didn’t use any force either.
Best thing would be if Philips/Screeneo could send replacements?!

Hi - I’ve been trying to get support@screeneo.com to send me another adapter for the UK so that I can use my projector again properly but I haven’t heard anything back - is there any better way to get a replacement adapter piece???!!

If anyone wants to swap EU plugs with a UK plugs please DM me!!!

Is if just the plug that’s broken, can you post a picture please? 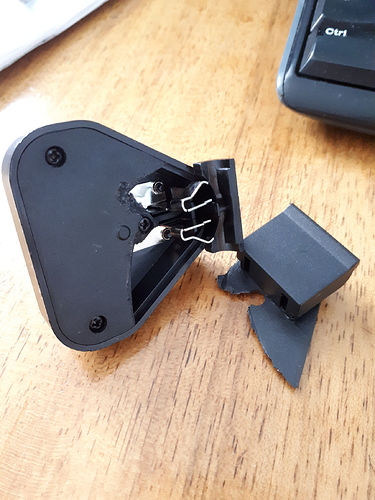 Still no response from anyone… help! Its been complete radio silence for a couple of months and I can’t use the PPM plugged in at the moment because the charger doesn’t stay connected with a travel adapter.