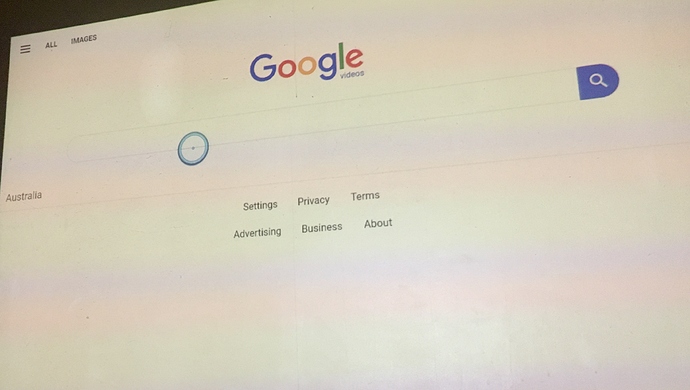 IMG_61983627×2055 1.07 MB
I finally gave the Firefox app a try today as previously the idea of browsing the internet on a projector wasn’t a top priority to me and it still isn’t, but after clicking through a few of the pre loaded bookmarks I noticed the scrolling had something different to all the other UIs that required the use of a mouse,
a blue circle that can go either horizontal or vertical with the press of the arrow keys on the remote,
which to me felt a lot easier to use compared to swinging the mouse around the place, sure it still can’t beat an actual mouse for speed but for apps such as Netflix etc which needs the mouse function this I think is a much better way, now I just want to ask was this function done by the Firefox app developers?
If so can the screeneo team do the same for other apps that require the mouse? Obviously for people that likes the current mouse cursor that can still remain, and I urge everyone to go try it out if you don’t get my explanations.
1 Like
Rii i4 Mini Bluetooth Keyboard with Touchpad and Scroll Wheel
ThunderStrk April 25, 2020, 2:04pm #2

After uploading that photo I just thought of another question to ask, is there a way to do a screen recording with an app that works on the PicoPix Max ?

There are screen recording apps for Android that might work. The one I see recommended the most is AZ Screen Recorder, which seems to be available on Aptoide as well. I can’t verify that it works, since I’m still waiting for my PPM.

When I take a static shot with my iPhone, I almost always correct the skewing in the pic by using Office Lens by Microsoft, available on Android and iOS.

Thanks guys I’ll look in to those suggestions , but any thought on the topic of cursor control with arrow keys?