Hi, i tried some TV apps for germany. Summary in the end.

Until my PPM arrived I used a TV with FireTV box/stick. As I have no cable or sattelite and also not zattoo or waipo acoount, I watch everything with the respective apps.

I want to replace this set-up in the living room by the PPM. Using the FireTV on the PPM is not nice because on the limitations by the HDMI compared to using android (bluetooth for audio and automatic corrections are not working). I tried to get it working as good as possible:

To install apps I tried these methods:

-installing the app from apptoide

-copying the app from my FireTV

-copying the app from my android phone from google play

-installing the app from amazon appstore

-for some I tried using the website with the installed firefox

The amazon appstore (downloaded on my android phone) only runs in portrait mode.

In my opinion the following are the relevant apps if you want to use the PPM for watching TV.

Additional (normally not needed, as available inside one of the other apps):

Searching the Aptoide store for “ard” there are two apps:

The app “ARD für TV” in Apptoide works fine and would be the one you want, except it won’t start from the home sceen. Unfortunately the app also sometimes does not show up under “installed apps” in aptoide, so you have to search for it to start it. If started from Apptoide it works. Is there a way to fix this by PPM developers?

The app “ARD Mediathek” is a tablet apps so the mouse pointer is needed to use it. Sometimes when going back the screen rotates. Not a good experience.

Via google play I got the same app as “ARD Mediahthek” from aptoide.

The app from the fire tv is probalby the same as “ARD für TV” in aptoide- I cound install it but not start it from the homescreen.

I didn’t try to install it from apazon appstore, as it looks to be the same as in apptoide and goole play.

-> I will use the workaround with starting the TV version via apptoide.

There is no app in the Apptoide store.

I tried to copy the app from google play and the one my FireTV but it didn’t start from the homescreen.

The app downloaded from the playstore shows an error, that it will not run without play services and closes.

The app installed from the amazon appstore is running but only in portrait mode and you need the mouse pointer to control is so very uncomfortable. As soon as a video is started the orientation is ok.

Opening “zdf.de” in firefox is a way to use it but not very comfortable.

-> I will use firefox for now.

The app in Aptoide is a tablet app, so not very comfortable. Downloading the app from google play or amazon appstore installen on PPM leads to the same result.

In case amazon app store is not installed after a couple of seconds it shows a warning saying “Amazon Appsorte required” and you have to quit the app although it works. If you are fast enough and start a video pressing “quit” brings you back to the app and you can restart the video and watch it without the warning.

-> So to really use Arte the solution is installing amazon appstore and the app from the FireTV.

The app in the apptoide store requires google services and is thus not working. The same happens with the same app from the playstore.

The app copied from the FireTV complains that is it not made for mobile devices and pressing “ok” on the error will close the app.

There is no joyn app in in the amazon appstore.

I didn’t try the app, because on FireTV (and probably also aptoide) there is only the “TVnow Premium” app, which only shows paid content and I don’t have a premium account.

I copied the app from my FireTV and it works perfect.

I copied the app from my FireTV and it works perfect.

-I hope to write this all down will help some of you to save some time testing it for youself.

-please help find an app for ZDF for TV that works

Thank you very much, it’s great that you took the time to gather all this information here. I’m sure this is going to be very helpful for German PPM users.

A couple of comments:

Unfortunately the app also sometimes does not show up under “installed apps” in aptoide, so you have to search for it to start it. If started from Apptoide it works. Is there a way to fix this by PPM developers?

This is a known bug which is already being worked on. Please see this thread: Current Bug / Planned Features list

Sometimes when going back the screen rotates. Not a good experience.

There are apps you can install to force landscape mode. This should help with the rotating screen. See this thread: Default "Force landscape" or add option to change the orientation

Currently, Firefox doesn’t use hardware decoding which makes it unecessarily slow. This is also a known bug, which is being worked on. It’s in the list I linked above.

Thanks for the tip with the set orientation app. This really helps and makes navigation in the amazon appstore and the zdf app much better.

Thanks for the great informations regarding the German TV apps for PPM!

and work with it???
Tried to install the first 2 Apps (TV Now & Sky Go) through Sideloading (Chip) because I didn’t found them on Aptoide Store but they did not work.

Thanks for sharing your results!

because on the limitations by the HDMI compared to using android (bluetooth for audio and automatic corrections are not working).

Hi @screen, you can solve one out of those 2 problems easily: just pair your FireTV to your Bluetooth speakers. This is how I use it in my home and it works perfectly.

Automatic up/down tilt correction will also work fine with HDMI (FireTV). Only the left/right correction will not work. So if you are able to place the projector horizontally in the center of your screen, even if the screen is higher or lower it’s OK.

Please use Firefox Focus. This browser supports hardware decoding, the playback will be smooth:

As for some apps not starting home screen, as the others said, it’s a known issue and a bugfix will be out very soon.

Any updates? Especially for „ARD Mediathek“ to watch Tatort while traveling

I’m currently using my FireTV Stick4k at home. For travelling it would definetely better if the system android would do the job.

@netsrac27 @screen check my topic on installing apps. It might work for german apps also.
It’s worth trying I think.

I wrote an email to ZDF to ask them if they could make their app available via Apptoide but they refused and referred to using their website.

My solution for years (as a PPX4935 owner) is a thin HDMI cable and an adaptor for the phone. No stuttering. No hassle. Video and audio are synchronous. Switching between the ARD channels within the ARD app in less than a second. 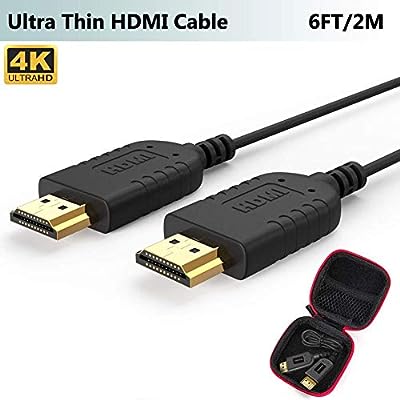 On Kodi you can install addons for the individual Mediatheks of various public TV stations and also the more general Mediaview that supposedly offers a single access to all of them.
I was able to install the addons, but didn’t actually get around to trying it out so far (I’ve never really used the Mediathek offers that much, although I appreciate their existence). If I get around to trying it out, I’ll report back, but might be worth a try for those of you struggling with the Android apps (if it works).

Today I installed the open source F-Droid appstore (www.f-droid.org) and the Zapp app from there. Zapp is made especially to watch all public TV stations in Germany (related to mediathekview, see Zapp | F-Droid - Free and Open Source Android App Repository)

It works well, but you need to use the mouse pointer for certain functions.