I customized my PicoPix launcher, tell me what you think!

Things have been pretty quiet around here and I had hoped the update would be more exciting so since I was bored, I decided to customize my PicoPix experience using a third-party launcher, hand-picked, minimalist icons and apps in the order that I needed them. Here’s what the result looks like: 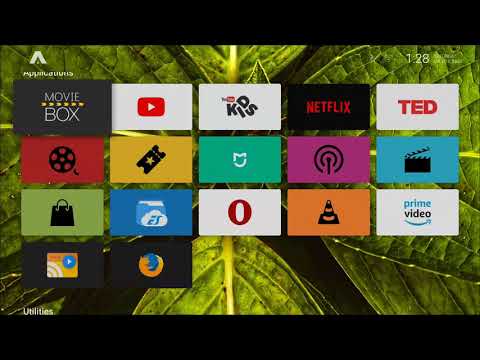 It’s still missing a battery indicator but I use mine plugged in mostly anyways these days so I’m okay with that but looking for a good widget that predicts battery timing and shows the current level in a sleek way. Ps. I’m a UI/UX and product designer and this is far from how I’d do things if I was doing something fully custom but it’s easier on the eyes and beats having to look at low-res graphics on a 1080p projector

Nice, looks like the ATV Launcher icon in the corner, is it based on that? Planning on releasing your version?

Thanks, yes this is the ATV launcher, I didn’t fork it or anything. I just spent a while finding the right kind of icons, setting them up, customizing colors and other little details to make it look simpler. I’d love to release it but not sure yet how I can do that, maybe I’ll look into the app files to see if there’s something that can be backed up from my configuration.

This impressive. Once you completed you can sell this to Philips team .
So, any launcher can be side loaded on PPM ?
Can you switch to default launcher any time ?

Odd, Aptoide version of ATV Launcher was really buggy for me, running 1.1.03 firmwsre. I noted missing icons, unresponsive to mouse clicks, failure to load wallpaper, etc. I wonder if you got a better / newer version of ATV to start with?

Outstanding, many compliments, could you kindly share more details about tools used to get such cool result? Thanks