Finally I can release the colour adjustment app for our beta testers.

Warning: This is an experimental app. Do not release it to users that do not have the technical ability to handle it. It has bugs. 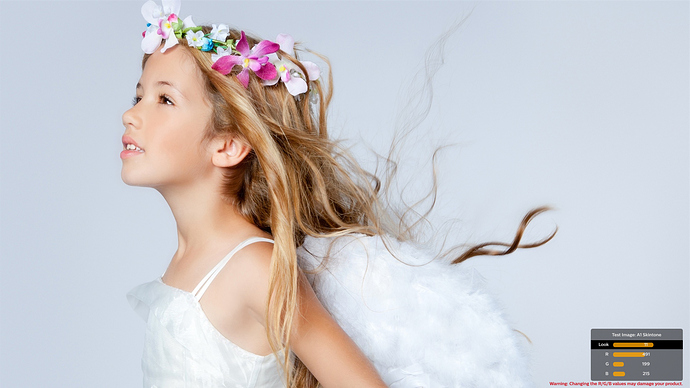 Download the .apk file, and copy it to a USB stick. Then plug it into the PicoPix, go to File manager > USB > Installable Apps and install this apk.

You can also download it directly on the projector by downloading in Firefox.

You can also install it by adb: add install <path-to.apk>

How to use it?

Start the app from the home screen. The icon looks like this: 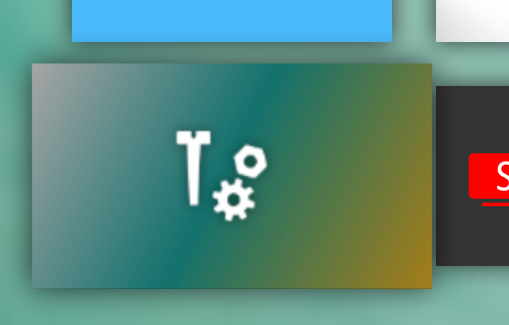 Unfortunately it’s only in English at the moment, but self-explanatory.

You can use the arrow keys to go up/down the options and the left/right keys to adjust. You can also use the mouse (AirMote) or touchpad to adjust the options:

How to reset the settings?

To reset all your adjustments, do these 2 steps:

These 2 steps will reset your adjustments back to defaults.

Will the settings be saved?

A question: reducing the value of an RGB component slider would be as dangerous as raising it?
Are the values like the absolute current/power for the leds? or something else?

reducing the value of an RGB component slider would be as dangerous as raising it?

Since the fan speed adapts, reducing or increasing both have a similar effect as far as how ‘dangerous’ it could be. In my testing the temperatures are stable regardless of the adjustments, but a warning has anyway been added.

Are the values like the absolute current/power for the leds?

Yes, for RGB it’s the power supplied to the LEDs (the current). But the values are a 10-bit opaque scale, not a physical quantity, and the effect on brightness/temperature/current is not linear.

The Look is a colour adjustment directly in the DLP using PWM so it is independent of thermal performance.

Since the fan speed adapts, reducing or increasing both have a similar effect as far as how ‘dangerous’ it could be. In my testing the temperatures are stable regardless of the adjustments, but a warning has anyway been added.

Is it supposed to increase the fan speed (and the noise) by a significant amount just by opening it? (no adjustment)

or RGB it’s the power supplied to the LEDs (the current). But the values are a 10-bit opaque scale, not a physical quantity, and the effect on brightness/temperature/current is not linear.

The Look is a colour adjustment directly in the DLP using PWM so it is independent of thermal performance.

What about the RGB color range might be mapped to 16-235. Is this app using the full range or just on top of the maybe range limited to 16-235 ?

I have observed that the brightness level is still different based on whether it is plugged in [bright] and when on battery power [dim].

Changing the RGB values all the way down when plugged in will yield a bright green image, whereas on battery power will yield a dimmer but rather viewable image.

Is there something that is a result of this? Cheers!

I am doing this:

The Looks are pretty cool, by the way.

I installed the app and did a first impression run. Straight out of the box it’s not that intuitive, perhaps one of the test images could include some instructions in a later iteration?

The looks 1 and 3 look different, all the others appear the same to me. I’ll test this further tomorrow.

Hi guys thanks a lot for the feedback. Think of this app as “write only”, it doesn’t reliably read and update the UI based on external events. But it will write the values correctly when you change them.

So I tried the color adjustment app, here are my takeaway.

Keep up the good work!

“Looks” actual setting is not reflected in the rgb setting below so we don’t know what actually changed. But I did notice a difference in image colors between all the “looks”

@Philips_Support_P explained that Looks and RGB settings are not related and entirely independent. The RGB sliders actually change the current going through each LED in the light source, thus modifying how bright they are (and how hot they get). In this way you can make the light source “more red” or “less blue”, by adjusting the relative brightness.

Looks are instead an image processing feature of the DLP system. If I understand correctly they are part of the “color coordinates adjustment” system in then DLP chipset. In this case, color is adjusted by changing how the mirrors in the dlp move.

Thanks for the explanation. But then I wonder how to have a visual indication of the “Looks” impact on top of the image provided. Sometimes the difference is very subtle.

I can confirm that the fan kicks off harder once you open the app even without changing anything.
My initial impression is that this isn’t something that would be appropriate for mass consumer use.
I just feel like it looks and works a bit intimidating for normal users. Not sure what’s the exact plan for rolling this out to users.

The navigation is fine but it would be better if the selection of the image is easier instead of going through them one by one.

It’s hard to tell which “look” looks better since it’s not easy to perceive differences between all of them without comparing side by side.
Nevertheless, I feel “0”, “3” and “14” quite natural and pleasant (don’t ask me why)
Did I win?

The app has turned out to be very helpful and helps improve the image to a great extent, but it’s super annoying to manually set this again and again every time the projector is turned on. I’m not an expert in Android programming, but speaking from experience with other apps, surely it must be possible to have the app autorun in the background when the projector starts and save its settings in a logfile?!

It’s still in beta state we can’t expect those features yet but hopefully soon.
May I know which number you think is good to your eyes?