What is power budget of USB-A port in new PPM One?

1: We have 1.2A on Max One. We tested Our Own dongle and AMazon Fire Stick 4K
2: Xiaomi Stick FHD always reboot, even on my TV. THere is a big issue on this stick

Hi, can you please confirm this has the exact same amount of lumens as the normal Max?

which one is better for ps5 and xbox series x/s, philips picopix max or max one? does the max one support 4k gaming?

Hi @ieh4f I would recommend PicoPix Max One if you want to use it mainly with an external device like PS5 or Xbox. You’ll benefit from all the image correction options, lower price and lower image lag. It’s a 1080p projector so if you plug a 4k device, it will work but will show you 1080p resolution on the wall.

I thought input lag is higher on PPM One than PPM?
Were you able to bring it down already?

Just ordered an PPX One - Review out (there?) PicoPix Max One (PPX520) 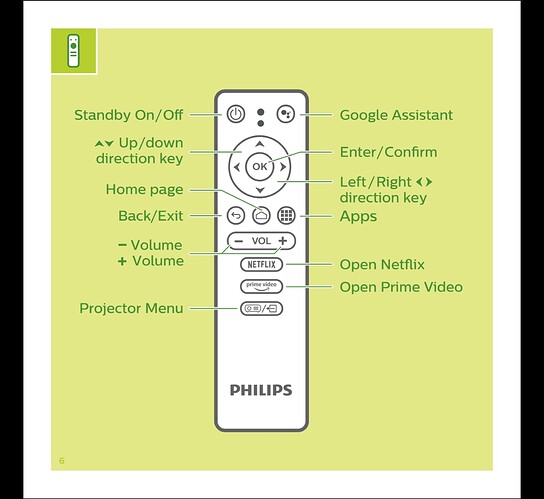 Is the PPX620 still in beta test ? Technical Topics

Yeah more buttons but I would still prefer media buttons than the added ones.

Could @PhilipsNono you tell us where I might buy the max tv or the gopix 1. I have gone to the philips website where the info is but there is no way to purchase and it does not seen any other website has a stock of these items, and from what I can read it was released last week. I love my max, but want a pixgo 1 for travel.

Hello, seems it will be at the end of the month. It depends on our retailers and country. Our stock is based in Hong Kong, and then it is up to all our distributors to pick up, then the retailer to pick up at the distributor warehouse. We will push a message as soon as we see some stocks arriving in EU, US and AUS.

Why does philips not sell the units direct from their website? Seems only natural to do so.

Hello, we will start in some countries starting Q2. But this is more difficult in terms of shipment and warehouses

It can be a very tricky thing with law and business strategy which is why they don’t sell direct. Most Countries don’t legally allow direct selling and you have to sell certain goods through Distribution networks which massively increase their price for the end consumer. ’ More money for the Tax Man’

On the other hand, it also reduces the risk to the company. If they have just shelled out millions to build the product, they can get their money back quickly by bulk selling to the Distributors so the return on investment is fast.

Also the other thing is a contract might be made with the resellers, so the manufacture cannot sell direct until a certain time frame is over. Sony made the biggest mistake with the PS3 and almost destroy the company with Blue-ray. They sold the drives to other manufactures to put in their own Blue ray players. Then Sony dropped the price of the PS3 to compete with the Xbox at the time but meant they were under cutting all the aftermarket Blue-ray players and broke their sales contract. They had to pay out a massive amount of money and it was surprising that wasn’t the end of them.