Ppm turned on by itself and started to heat up

Hi guys… Something super scary just happened. My ppm just turned on by itself with no fan running. Usually this will occasionally happen and it will turn itself off in about 6 seconds. But this time it continued on! I tried using the remote to turn it off and it wouldn’t respond. The ppm went thermal, hot to the touch. I then press and hold the physical on button at the back for more than 10 seconds and it finally turned off.

Why is it turning itself on and worse… without fan? if it’s because of the CEC, then might as well turn this feature off… I don’t want to burn my precious ppm.

Can you elaborate on how it’s situated, whether it has another device connected to its HDMI port (which device) and if you have CEC enabled or not?

I had ppm CEC settings turned on - that is to turn my appleTV off when I turn my ppm off. It’s connected to my appleTV via HDMI. But when it turned itself on, my appleTV was asleep. And the no signal screen is on. Fan not running and temperature rising…

Sounds similar to what happened to mine. It was connected to my Nvidia Shield, froze, wouldn’t respond to controls, was VERY hot, and I had to force a shut-down with the power button held in.
When mine came back online the image was permanently scrambled and I had to return it. I’m still waiting to hear back on a replacement.

Oh… And i noticed this below settings in ppm: 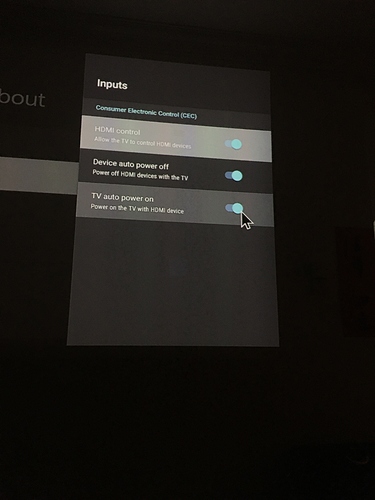 TV auto power on was in the ‘on’ state…

I turned it off just in case it’s the culprit of turning my ppm on by itself.

Just in case: don’t store the PPM away and keep it nearby even at night for a few nights.

Oh I love my ppm a lot. I watch it day and night because of lockdown now. Good thing because I caught on to this strange instance of heating.

What is the max threshold for the cpu temperature? Coz I found the performance stats and it is operating at between 65 to 72 degrees Celsius.

Sorry to hear that John… Hope you get your replacement soonest.

I’ve mentioned this on other threads before, we need to be able to do a total shut down by pressing and holding the power button on the unit, to prevent cases like this and also stop battery drain,
Because currently both ways to power off either from the remote or on the unit just puts it to sleep, it’s on permanent standby, last week I haven’t used it for about 5 days the next time I turned it on it was showing just 17% battery remaining, and it will continue to drain if left unused, from my understanding it’s not good on battery health to have it drain to critically low levels, so I hope a shut down option is added in future updates.

If it is on standby mode, I wonder why can’t it keep the internal clock running so that it doesn’t have to sync the date/time on every power on.

I think it was around 70%, I’m not sure about the clock but it has to be on some sort of standby mode in order for the remote to power it on or be capable of turning it self on, after reading what happened to John 's unit and now this it’s making me nervous, I just want to be able to shut it off and stay off till I want it back on, and not feel like I’m sharing a house with HAL 9000

Under Device Preference-> Advanced Setting, there’s a Power Key Definition. I selected ‘Power Off’ instead of the default value ‘Dormancy’. I supposed this will force the power button to a hard power off instead of ‘on standby’ mode? 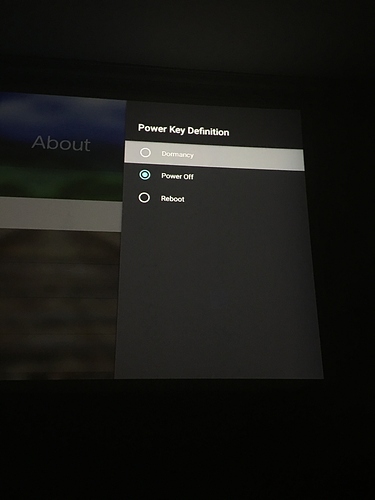 Don’t worry, there are probably a dozen other HALs in your house listening to you.

I did that as well and no it doesn’t work

This is an interesting one for @Philips_Support_P I think.

What is the max threshold for the cpu temperature? Coz I found the performance stats and it is operating at between 65 to 72 degrees Celsius

50° !!! For the light engine not the cpu. I don’t think you can check that temp using an off the shelf tool.

@ronaldtai can you please do a factory reset and not change any settings from the hidden menu. Then check for 2-3 nights and let us know if it still happens?

I am referring to the CPU temperature as indicated by activating the internal performance dialog to see the temperature… I am not using any other app to view the Stat. 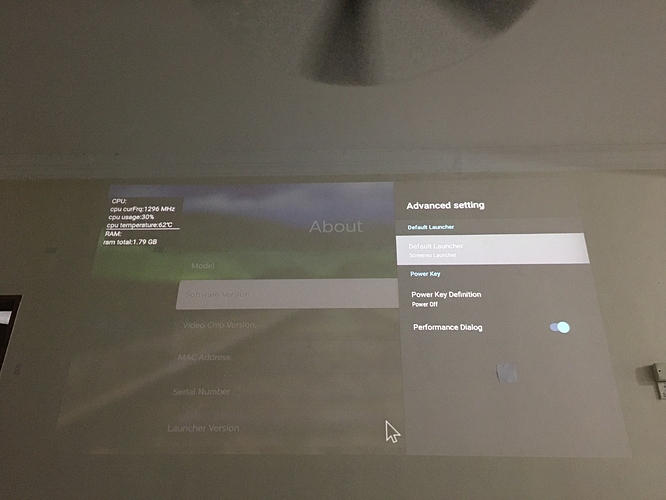 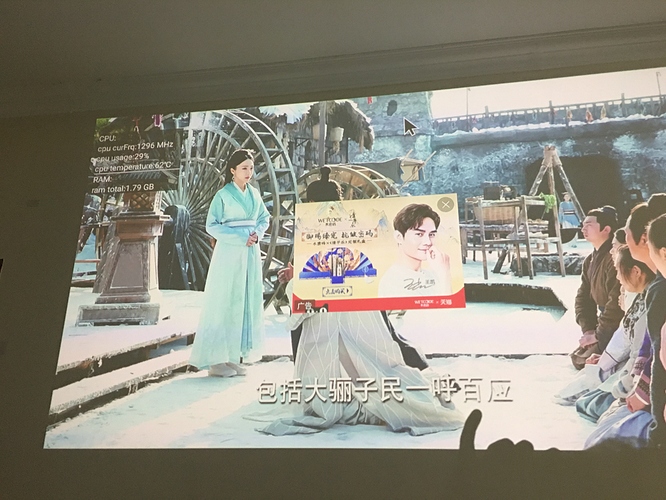 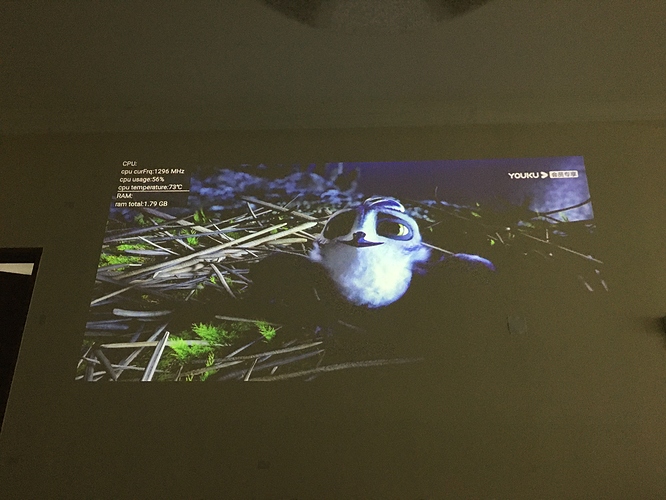 You said normal is 50 degrees Celsius… I am asking what is the normal range of safe operating temperature.

At times it reaches between 70 to 80 degrees Celsius… But never exceed 80.

Hi @ronaldtai, the official operating range of the projector is 10° to 35°C, although I have used it in warmer climates, it is not tested for long-term effect.

The CPU core temperature is less important than the light engine temperature, which is capped at 50°C in the upcoming update, it was 45°C up to now.

It is difficult for us to provide support unless we know the internal settings have not been tampered with. That’s why I suggest you to reset everything to defaults and see if it happens again. In this case we will investigate further.

OK. I will try the reset device way, though I haven’t really tampered with the internal settings too much.

So far the device temperature is stable. The external device heat is normal to touch (meaning I can place my hand on it for more than 5 min without feeling hot).

Only the one time very hot when the device fan not running.