(if you’re on mobile, please scroll down to read the full announcement)

We’ve released v1.0.27 of the software for your PicoPix Max’s, just in time for those of you about to receive your devices after a long wait.

This version has been in beta and tested by our beta testers (thanks) for a couple of weeks. Our software team has since then rolled up some more bugfixes and features. We decided to release it now as we continue working on some of the more challenging issues.

Here are the improvements in this version:

Up to now the interface was running at 1920x1080, which is not ideal for most apps on a TV-like device. Text and UI elements were too small. Several of you have asked for this to be improved. In this update we have enabled HiDPI mode with a 2x scaling. This means the UI appears like 960x540 but continues to be rendered at 1920x1080.

What does it mean practically? Most apps/text/buttons etc now appear at a more comfortable size.

Why did we scale to 2x? We wanted to maintain an integer scaling to reduce any graphic artifacts. 2x scaling at 1080p is also the most common resolution for a lot of similar devices like Fire TV and our own 1080p and 4k projectors, as well as from other brands.

This one had been plaguing a lot of our users. Happy to report this bug has been squashed (thanks Rockchip for fast turnaround).

Many of you have had this issue where the projector keeps returning to the home screen while watching content. We believe this happens due to sensitive activation of the touchpad. In this update we’ve worked on the touchpad driver to mitigate this issue. It’s taken our QC two rounds but they believe the bug is now solved. However, we’ve previously been stumped in trying to reproduce this – calling on the community to tell us if this solves the problem or not. confirmed to have been fixed

One of the most-viewed tips from our knowledge base, How to improve internal video picture quality? is now baked into the system. If you’ve already done this modification, great, no need to change anything. But those who might not have done it yet, it’s now applied for you along with the update. Enjoy better pictures while you #StayHome.

A huge warning will be displayed when the battery is getting low. This is an initial implementation which we plan to improve based on beta feedback.

As above. Your apps can now read and write USB and SD card.

The following preloaded apps were updated:

For the next update, our main focus is:

Hope you like the improvements. Stay home, stay safe, and enjoy some quality movie time with your loved ones.

Not having received mine but thank you for this update. Looking forward to play around with the PPM. London is as of tonight shutting down all bars pubs and restaurants so not much to do otherwise

it’s now applied for you

The Indiegogo update had not instead of now by the way

Updated mine from v1.0.26 to v1.0.27. Downloaded over-the-air within few minutes and installed just as quick. No new issues so far.

There are newer versions of Smart YouTube TV and VLC Player so I updated those too.

The increased font size is great! Thank you.

Tested the battery alert works. Was playing the Luxor game when this popup appears. 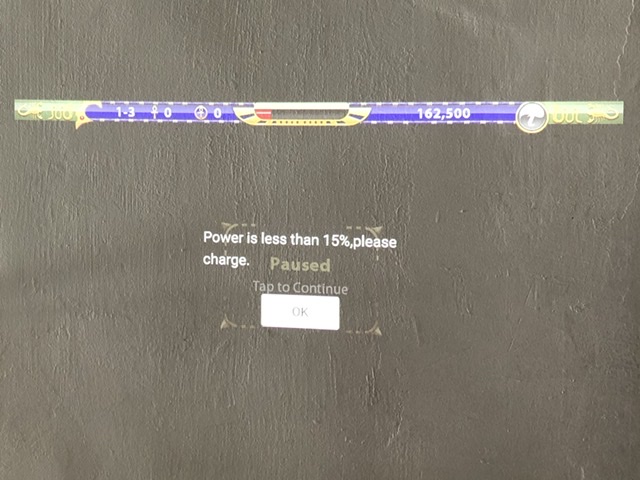 The auto focus is still not good yet. Sometimes it won’t focus correctly. Not a big issue for me as I will just toggle the focus with the AirMote and it usually works the 2nd time round. Hope they can improve this but really low priority for me.

My main concern is still the audio lag when playing over Bluetooth speaker pairs (for stereo). Hopefully this can be fixed in the next update.

Thank you team Philips. Keep up the good work.

I’m unable to play anything on Amazon Prime since updating the software to v1.0.27. Is anyone else also experiencing this problem? Are there any steps I can take to fix this?

Amazon Prime worked fine for me after the firmware update. What’s the app version number you see when you select the context menu while standing on the app in the launcher screen?

Thanks for update. I’m still hoping for KODI to become as usable as on my Odroid C2. The low framerate sucks. Also hope the screen freezing will be fixed by this update. These two things are my main concerns.

What I don’t quite get, is that I’ve never experienced any of these issues. Perhaps my source material is less demanding than yours?

When using laptop or Odroid C2, KODI runs smooth, but when using the Picopix internal KODI, somehow foth the GUI and movies seem to play like if in lower framerate (i.e 20fps or so, the fast movement is choppy and any movement in general kinda sharp to the yes). Although when I was checking video info in KODI, it was showing some 40% CPU usage, so not really capped by CPU speed.

The occasional screen freezing was only happening while playing games on Nintendo Switch and I guess should be fixed in this latest version of software as description says. Haven’t tried it yet.

Thanks for the update!
Regarding text scale up, is there a way to adjust this individually by app? With this update one of the apps that I use more frequently (my local cable tv streaming app) became almost unpractical to navigate since the text became to big). If not, maybe an option to at least allow to adjust this generic scale-up would be good as probably something in the middle point (1.5x) would already be enough overall.

Hi @GoGo this setting will not be user-adjustable because it is baked in to the whole OS.

Every app, if written using standard Android frameworks, should adapt just fine. Because 2x or 3x scaling is near ubiquitous on almost all tablets/phones today. Which app are you having difficulty with, and can you show us a photo? Does uninstalling and reinstalling the app help?

Having the same issue, trying to update from 1.0.25 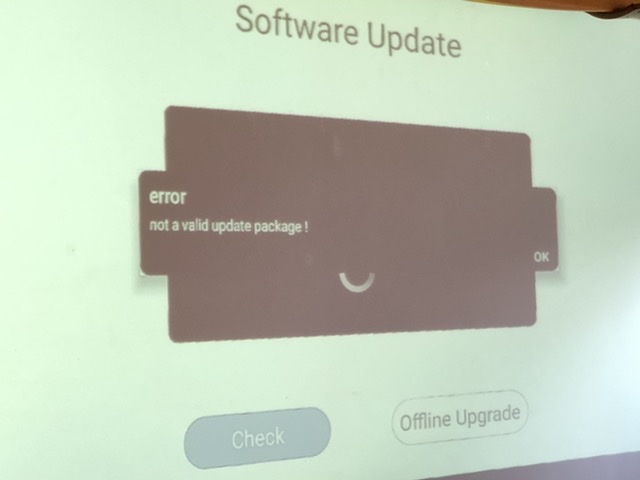 Trying to update from 1.0.26, but it says invalid image! Maybe i should try to remove the MicroSD card and reset it first!

Otherwise it complains and will fail!

Hi @PhilipsEngineering,
Thank you for the prompt clarification. I’m sad to hear that scale up is not user adjustable.
The app I refered to is called NOS Tv and before this update I could see at least 10lines of each channel programme, and after this update only 2 lines show up (see attached image, where the air mouse points)…which is a bit limited to see what is up in each channel. I tried reinstalling and is still the same.
Also, after some further use into this new update, it seems to me that in some apps things are too much cluttered (e.g. aptoid icons seems to big, plex lists also, etc). Don’t know about others, but in my opinion scaling up to 1.5x would maybe have been enough to get readable text without cluttering/limiting the screen to much. Hope you may reconsider scaling down a bit on next update. I understand that maybe you may not satisfy everyone on this feature, but would wonder what others think about this new scale.
Cheers!

I have Amazon Prime version 3.0.264.73847. Still unable to watch anything on this app. I can see that it has been updated, but when I select a video to play, I get a blank screen, then the thinking wheel and then nothing. I sometimes get an 'app error ’ message, but not all the time and not long enough for me to read it before the screen either goes black again or brings me back to the projector home screen.

Update went well, but as I wrote in the other thread the internal image correction is not working as good as the hack-method. So there’s improvement still.

And is there a way to correct the colors-settings (rgb, white-balance etc)?

I’ll check on my version and let you know, mine works flawlessly.