Switching on via Remote only via IR?

when I switch on my PPM with the Remote, I have the feeling it works only if pointing in its direction so as if it works only via Infra Red.

Everything else including switching it off works fine, as if it is done via Bluetooth.

Could you please tell me how it technically works. I want to put something around my PPM installed on the ceiling to increase the WAF.

Keeping the Bluetooth chip circuits permanently powered to listen for a “power-on” signal currently takes more power than their energy budget will provide. I am not sure what the limit is for the PPM, but checking a few recent TV devices from Philips I saw values around 0.07 to 0.15 watt power draw in their corresponding “off” mode, even when connected to mains power. See earlier request for this:

Hi @lauron it’s not possible to keep the Bluetooth chip active and paired when the projector is “off” (i.e. standby) due to strict eco-friendly standby power requirements. So at the moment only infrared can be used to turn it on! (PS: the power requirements apply even if plugged in.)

I don’t know if a future update to the drivers for the Bluetooth chip can fix that, or if they can reduce power use somewhere else. A Bluetooth chip in Bluetooth Low Energy mode might require from 0.01 to 0.50 watts, depending on what you are trying to do.

I know, that for a fireTV can do it so I hoped the bluetooth would not draw too much power. Seems like in PPM it’s different.

In an older TV I had, there were also different settings for standby. The standard one was the one which can fulfill ther EU regulation on power drawn during standby (Is it 0.1 W?). But there was an option to have another standby with the info that it will take more power. As it was an older TV I’m not sure if this would be allowed anymore.

Another way that could help me would be to make the PPM being able to be switched on via HDMI CEC. To have the slim setup with the FireTV Stick 4k powered by by the USB of the PPM addionally it would be nice if the USB could deliver power out even when the PPM is switched off.

The power out while switched off would also allow to use the PPM as kind of a powerbank during travels.

CEC has been suggested in the past:

The HDMI chip supports CEC and the verification tests pass, but it’s not actually used for anything in the product. I will get it checked whether at least power off functionality can be implemented (power On will be tough, Philips has strict standby mode power requirement much stricter than EU guidelines). Also, the feedback from various suppliers and my own experience is that CEC rarely works correctly. I’ve had my lamp-based projector (another brand) turned on by FireTV randomly multiple time…

Enabling it for “power off” unfortunately also activated some form of non-standard “power on”, which in some special circumstances could activate the display circuit without turning the fan on:

I have came across a potentially serious bug with HDMI CEC on 1.1.0. Result: The PP Max will remain on with no fan cooling, the device will severely overheat and cause potential safety issues. HDMI CEC is a protocol that allows you to command and control other HDMI devices, which is found in most home entertainment devices. Steps to reproduce: [Note: PP Max is on default settings] Turn on PP Max with connected device already on [that supports CEC]. In my case, Apple TV 4K. When the Appl…

After less than a week, image is scrambled Technical Topics

Yes I think this is the CEC problem, and is why the team wants to disable this feature completely.

I think you would need to present a very convincing use case scenario to persuade them to experiment more with CEC. It might already have cost at least one person the use of their PPM, for the time it takes to ship a replacement.

Thanks. Yes I read that there are problems with CEC and it is disabled but I hope it will come back as soon as the source for the problems was found and fixed.

It might be better to either abandon that hope, or look into what options you could get (and what you lose!) in a device that is altered to give you higher than normal user privileges and/or load other non-Philips software, “rooted”.

It is very unlikely for the normal software to regain this feature:

@PhilipsEngineering Is HDMI-CEC still in the plans to implement?

Maybe an IR-extender could be a solution for your situation. 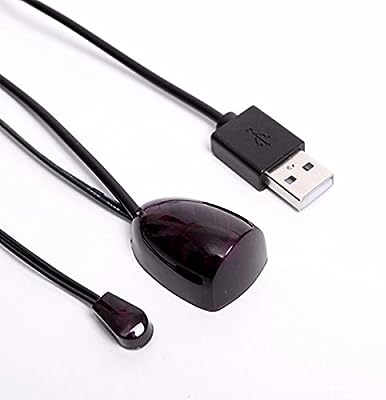 In my opinion, BT while turned off/stand by isn’t necessary and actually not really ideal on a portable device. Turning on the projector via IR isn’t that hard to do. Make sure you have a powerful battery on your remote. This way you’ll have longer distance or bounce the signal off surfaces so you don’t need to point your remote directly to the sensor.

Come on people, let’s avoid becoming the people in Wall-E

I want to put something around my PPM installed on the ceiling to increase the WAF.

Hi @screen if you have installed it permanently, may I suggest a slightly stupid ‘solution’? Can you mount a tiny 1" x 1" mirror at a 45° angle above the IR sensor (back of the projector)? That should reflect the light and guide it into the sensor, when you point at it from below i.e. your couch. Some scotch tape and a couple of straightened-out paperclips + the mirror should be enough material for this hack.

The alternative is of course a more powerful IR blaster.

Thanks for your replies. I ordered the IR-extender but have not received it yet. In the meantime using a window to reflect it seems to work ok. Mostly I have to switch in on a couple of times.

As I think that my original proposed improvement would be difficult and could cause other problems (switching on while transporting it), I have another suggestion: Let it make a sound when switched on for acoustic feedback. I will open a new topic for it, so people can vote for it.