3 Days In and Here Are The Problems

Overall the experience is mixed. The hardware of the PPM is great but the current state (1.0.27) of the software is becoming painful.

Horizontal key stone correction is a joke. Having the PPM on an angle like the marketing material suggested looks awful. Completely warped image with one squished side and a stretched other.

Wifi disconnects and needs a factory reset to work again. Frustrating as it takes 10-20mins to re-pair Bluetooth devices, re-download apps and update everything again.

Looses Internet Connection… but Netflix is streaming fine??? Odd bug as no app has connection except Netflix.

Chrome casting is a miss too. Casting from windows desktop is a pixelated mess. Mirroring iPhone/android phone is mediocre. Casting YouTube gives a 15fps stuttering experience while Netflix and VLC doesn’t even show PPM as an option to cast to.

Aptoide is worse than I ever thought. Mixed with the dropping intent connection, I can’t even install other apps to test. I wish the Play store was an option, it would be amazing.

If this comes across harsh, I apologize, my expectations have been set quite high over the past 6 months. I’m not disappointed with the PPM, I’m frustrated. Frustrated that external sources via HDMI & USB-C can not be adjusted via keystone. Frustrated Chromecast doesn’t work like a chrome cast and my actual chrome cast can’t work on a projected angle. I really believe the focus of this device is on the wireless abilities, so when wifi and casting are so lack luster, it’s a bit disheartening.

Here are my inputs

Even after hardware updates I’ve still never successfully got wifi to work, I have to rely on downloading movies onto USB or streaming from my Apple TV (without it my Pico Max would rarely get used.)

Hi @Scott_D do you use a 2.4GHz network or a 5GHz network? 5GHz is highly preferred and using it I have no problems. But with 2.4GHz I have problems because it’s really crowded, and also Bluetooth shares the same antenna.

Hey Prashant, I deleted the wifi settings on PPM and set it up again and its now working, first time on wifi since I received the device in December so quite pleased. Thanks, Scott

This is true. My fire stick’s wifi gets really slow whenever I connect a bluetooth speaker. I only have 24ghz at home before. Good thing my router got upgraded.

Trying to device at a friends and even though the wifi router is metres away and phones have full signal the PPM can not detect any devices, reverting to USB for tonight’s viewing: 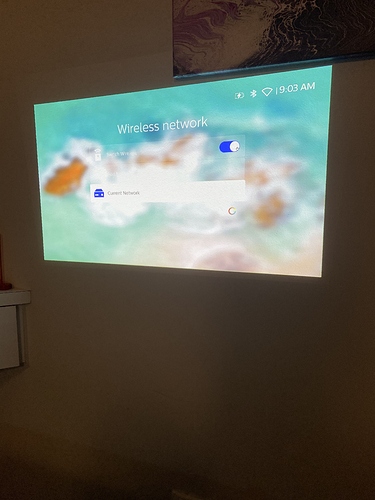 Hi @Scott_D Hope it’s not too late, please go to hidden (default) Android settings and use the WiFi connection option from there. It should work better.