I bought the PicoPix Max projector with the understanding that it can project an image in full 1080p resolution from an HDMI source. My previous projector could display 720p, but I needed a higher resolution projector to display crisp text and images. Once I received my new PicoPix, I connected my Windows laptop to the projector via HDMI and set the laptop to output 1080p. I immediately noticed that the the projector output looked a lot more pixelated than my 1080p laptop screen, and that small text that was perfectly clear on the laptop was difficult to read on the projector. Investigating further, I counted the vertical pixels on the projector image and realized that the projector seemed to be downscaling the 1080p HDMI image to around 540p. How do I set it to output the full 1080p from HDMI?

Have you checked the resolution settings from the laptop? Maybe they’re set to output at 540p. I have not received my PPM yet, so I can’t help you with that side of the issue. But maybe the activity will get the topic noticed by some of the guys who can

Thanks, but I specifically stated that I set the laptop to output 1080p.

What does this settings window show you? 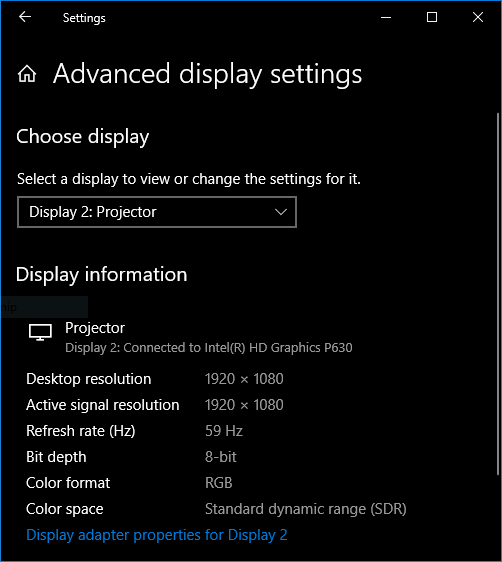 So then where’s the issue? Can you take a picture of the image projected?

Do you have Scaling set in Windows 10 display settings? Make sure it’s set to 100%, anything higher and it downscales the image!

The laptop has a 1080p display and HDMI output to the PPM is set to 1080p via the Windows display settings.
Identical UI scaling and identical zoom for both displays.
The laptop was set to duplicate its display to the projector and the photos below were taken with the same camera in the same dimly lit room.
The PPM image (right) appears much more pixelated and blurry than the equivalent laptop image (left), and looking at the pixel sizes in my photos, it is clearly a lower resolution.
This was taken immediately after I refocused the PPM.
The difference is drastic and very difficult to ignore. Small text is difficult to read on the PPM and nothing that I tried was able to fix the issue.

Thanks in advance for the help!

This is definitely not the issue. Scaling changes the sizes of UI elements on the screen, but not the number of pixels that are shown.

I was questioning the resolution from the day I received my projector. It doesn’t appear to display in true 1080p. If you run a 1080p test pattern image, there is a lot of moire pattern noise which makes it appear to be downscaled to 540p. I see the same blurring that nautilus sees in those screen shots. I think Phillips has some explaining to do.

I also noticed the blurry text on my Pico and some unsual behavoir.

I am getting a USB-C to HDMI cable today and want to check whether this is also the case with the HDMI. But at the moment i only tested via USB-C to USB-C

How did you test the resolution?

I can also see the individual pixel / LED segments on the wall.
I have a pattern like having cells with borders in Excel. So there are no black lines, but you can see the “pixel units” in a small picture when a white area is displayed.

This is a good one to counter the negativities

The max size TV we had at home is 50" and I’ve always dreamed about having a projector for a much bigger screen. I have very poor eye sight and I guess that contributed to that. I’ve started low with projectors 3 years ago when I bought a 480p, 100 lumens pico projector. Then I bought laser pico projector which is 768p and 200 lumens. And now I have PicoPIx Max which is 1080p and 850 lumens and it is a huge upgrade. And now I’m somewhat li…

With such a large picture, I would see the pattern clearly

A problem with my smartphones is that the smartphone does not recognize the resolution of the Pico.

When I connect my smartphone to my monitor via USB-C, my smartphone tells me that the monitor has a different resolution and changes it for mirroring.

Does anyone watch the same behavior?

How did you test the resolution?

I simply counted the pixels. Given that the pixels are so large when projected on a wall, and that they have clearly defined borders between them like you say, they were not difficult to count. My conclusion was that the actual projected resolution seems to be 540p, which means there is a 2x downscaling of the incoming HDMI image. To confirm my hypothesis, I projected a 1920x1080 checkerboard pattern alternating between white and black at single-pixel intervals (attached). 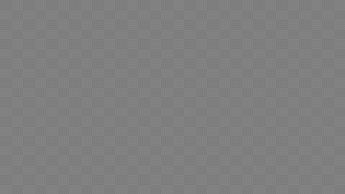 While the fine checkerboard pattern can clearly be seen on my 1080p laptop display, the image from the projector was simply a smooth gray across the board, again pointing to some sort of downscaling going on.

@PhilipsEngineering I would really like to understand what is going on here and if there is a way to fix it. The low resolution of the projection from HDMI is severely hindering my ability to use the projector for the purpose for which I purchased it, and it seems to be an even lower resolution than my old 720p projector.

this looks a little bit out of focus to me. i had problems with focus in the beginning, i think i resolved them by projecting straight forward to the wall, not at an angle, and also the autofocus needs to be manually corrected a little bit sometimes.

this looks a little bit out of focus to me.

The PPM image here is definitely not in perfect focus, but it was taken pointing directly at a wall, and it is the best focus I could achieve whether on autofocus or manually, which might be a separate issue.
However, the focus is not the main issue here. Counting the pixels in both images, you can clearly see that the PPM image is lower in resolution than the supposedly identical laptop image.

i’m not sure. i projected your checkerboard and can see all the pixels. they may not look perfect but they are there.

If I may ask, how do you count the pixels?

Like this. The PPM is set to duplicate the laptop screen via HDMI at exactly the same resolution, scaling and zoom. You can see that the PPM is showing approximately half the resolution of my 1080p laptop screen.

I jusr watched Wolverine from HBO Go via HDMI and can confirm the resolution was full hd. 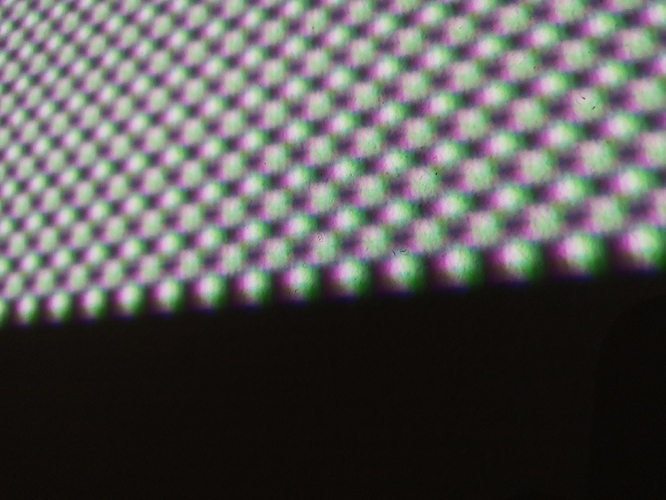 kinda looks like they alternate between rows of sqare and round pixels, but from the correct viewing distance everything looks fine to me. i love my new beamer. very much better than the old one that advertised 1080p support but it was really 480p or something.

I have the same as @nautilus . The projector shows very well when it displays from any onboard app with wifi, but as soon as you plug in it changes drastically to lower quality. One test that Nautilus can perform is to project the same etymology from the app firefox on the pico with wifi to show the 3 possibilities, his laptop, the HDMI and app on pico. The later will show clean.