Here’s a quick test version of upcoming launcher 1.4.0 alpha 2 candidate for the 1.1.0 update:

Either download it directly on the projector, or copy it to a USB stick, then use the File Manager to install the .apk.

After installing it will show up as a new app called “Launcher Beta” with its own settings (well, just the wallpaper).

To remove, just uninstall it.

I’d like to continue getting feedback on how accurate the “time remaining” is.

Also any feedback on the settings shortcuts, what would you like to rearrange or remove? My opinion is that too many shortcuts are present and some can be removed.

PS: as it’s a test version the new feature is only available in English at the moment. 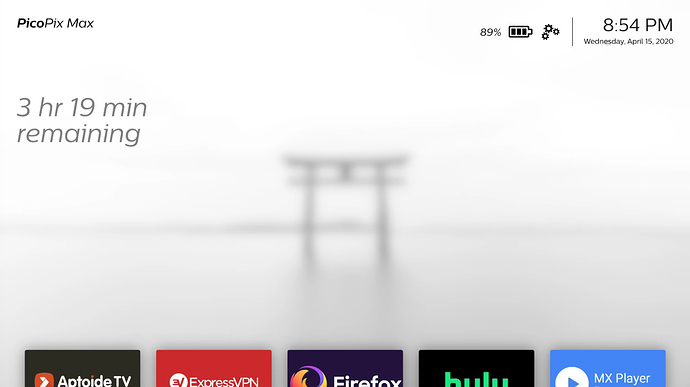 First issue with this launcher: it sometimes does not appear when pressing home on the AirMote while inside an app.

How do we revert back to the default launcher, by merely uninstalling this one?

Warning: You’ll need to install an alternate launcher, to be able to uninstall the default one. Otherwise it can’t be downgraded!

I will upload a new build which can be installed alongside the default launcher.

Yes that would be better. I was actually planning to install another launcher in case this one mess things up

I tested this a bit last night. Battery estimates were all over the place. First check with 100% battery, right after switching off the USB PD power supply: 136 hours estimated life! In some cases, while letting the screensaver “colors” be shown, or playing a video from local SMB source for 15+ minutes, I would go back to the home screen, and the battery life estimate would be longer after some battery % used up, not shorter.

So yes, I would agree with the suspicion that this battery estimation method is not accurate.

I do, however, really like the battery percentage display, so do keep that!

the battery life estimate would be longer after some battery % used up, not shorter.

This is expected as the power usage goes lower, remaining time can get higher. E.g. when you switch from normal to eco mode or stop using a power-hungry app.

ok this needs to be fixed.

@everyone – the link in the first post is updated. Now it’ll install alongside the default home screen.

FYI, the included Firefox browser on the PPM does not actually download / save files from the wetransfer site. Either PPM should include a more feature complete browser, or pick a different file transfer site. Having to download to a separate device and transfer to the PPM is unnecessary extra steps. Help us help you test!

Quick feedback. I just installed it.

I did some testing last night, and put some data in a sheet: 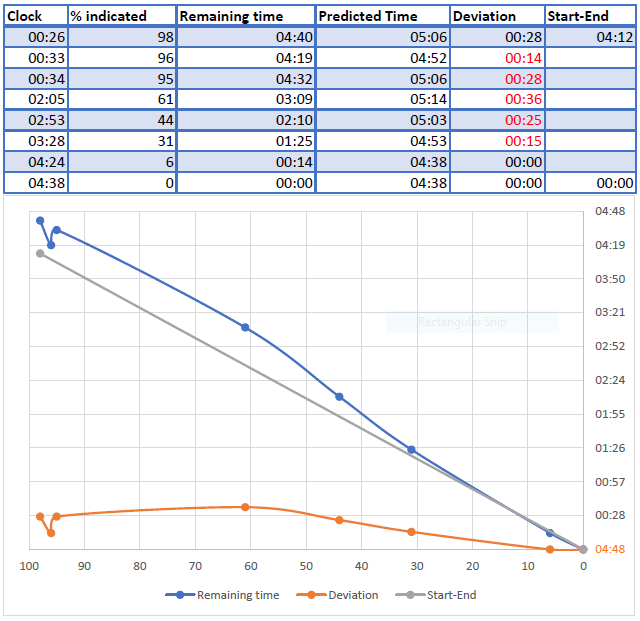 The blue “Remaining time” line plots the remaining time as indicated on the launcher screen against the battery percentage indicated.

The orange “Deviation” line plots the deviation of the predicted time from the actual shutdown time, against the battery percentage indicated.

I performed a FW update to 1.0.29 between 00:26 and 00:33, which most likely accounts for the wonky datapoints around that time. For the rest of the night I used Kodi to watch some 480p content streaming from my Synology NAS using a 5GHz WiFi network, while listening to the audio via Sony WH-1000XM3 BT headphones.

The graph shows that initially the predictions are a bit off, and as usual get better as the battery level drops further.

I have also made some measures today. Quite consistent with @IvoGrijt insights.
Mine were done with normal mode, 1.0.29, playing Netflix (5GHz wifi) and muted. Battery last 2h47min 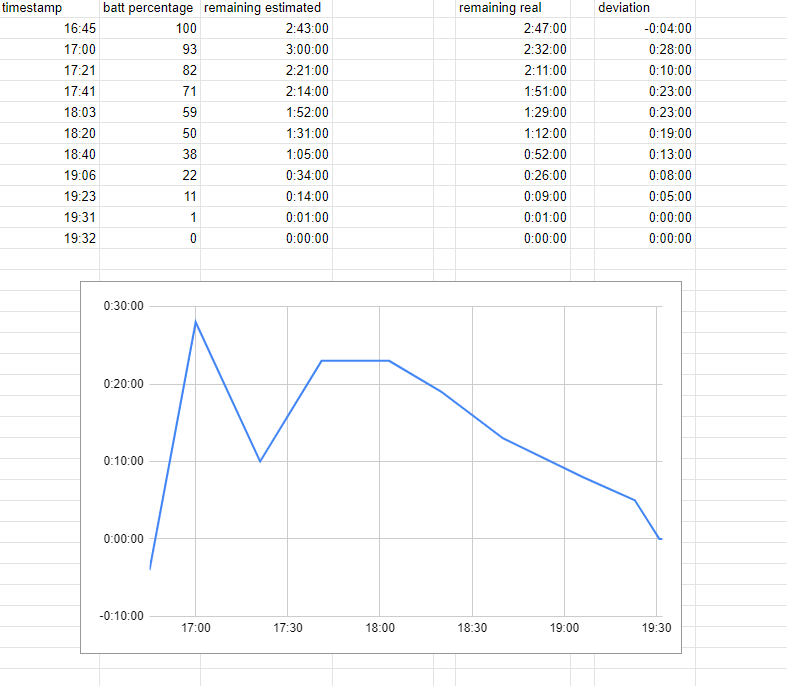 In my opinion, it would be better to have a prediction which is a little bit more pessimistic than the reality :
Nobody will be frustrated to have a little bit more juice than predicted, but the contrary will maybe interrupt a cool experience and worry people…

Thanks for the super useful testing, guys! You’re awesome!

So it seems there’s consistent overestimation in the beginning, which gets more accurate towards the end. I’ll adjust the slope and send another update.

the battery indicator in home and the settings app are different.

it will be difficult/harder to reach it if I have many apps and I’m somewhere in the middle or the bottom.

Good point. The BACK button, which is not used in the launcher now, is being used in the beta to show a quicker-settings bar.

@Philips_Support_P can you reupload the APK? I’m facing more and more weird behavior in battery mode and would like to test a bit more:

A few minutes ago I started again a Netflix Video (battery icon showed 2 “bars”) and 2 minutes later the PPM shut down immediately. This happen so often that it doesnt feel normal.

Thanks just tried to install but got:

“There was a problem parsing the packet.”

The download might’ve been corrupted? I installed it yesterday and it’s working for me, so the uploaded file most likely is not the issue.

It was an old defective USB Stick, thanks! 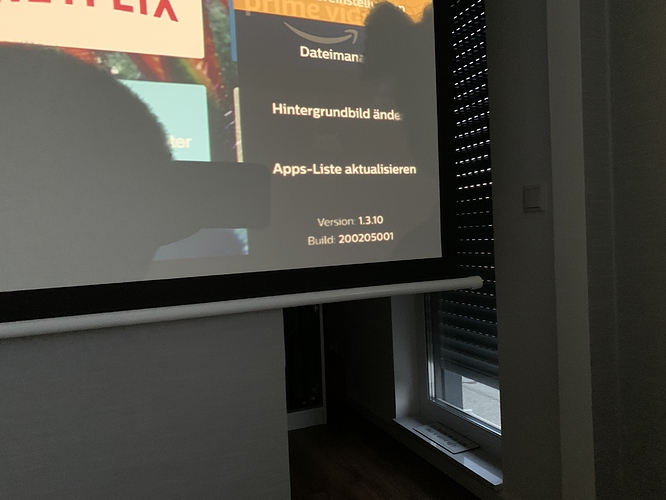 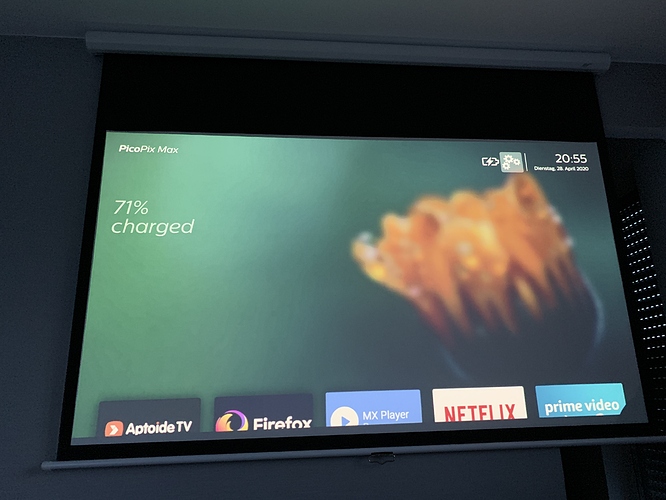