I thought someone else (especially Europeans) could be interested in watching some casual TV as I am, so I’ll share my experience with this portable DVB-T tuner:

It’s quite affordable (less than 20€ in Aliexpress) and it works fairly well with PPM. 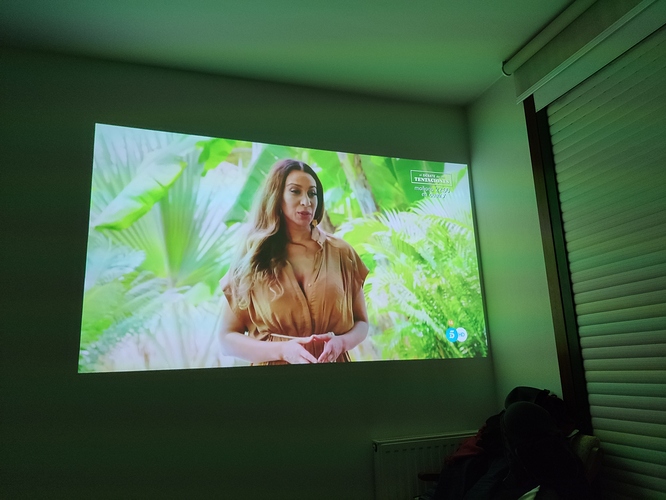 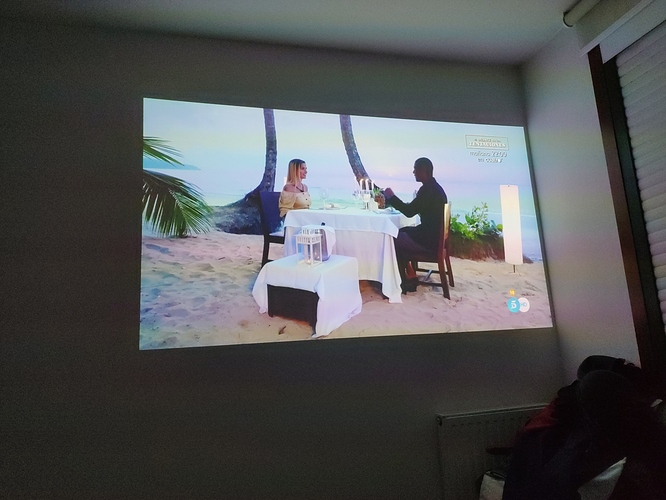 This little device is intended to receive the TV antenna signal as input and outputs the video through an USB interface.

This approach (instead of using just a common HDMI set-top-box) has not the well-known HDMI limitations (4CC, zoom, bluetooth audio…) and also offers the possibility of doing zapping with the own PPM remote.

For this to work, its own application, named PadTV HD, must be installed. You can easily sideload it from here.

As the tuner itself has a micro-USB interface, and adapter is required in order to plug it into the USB3.0 PPM port (be sure the adapter is OTG capable) Most setups would also require some antenna adapters. This is mine (USB cable extender is just for convenience): 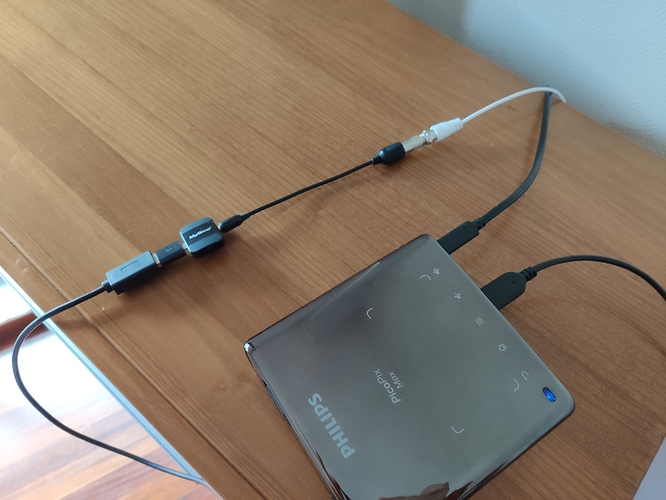 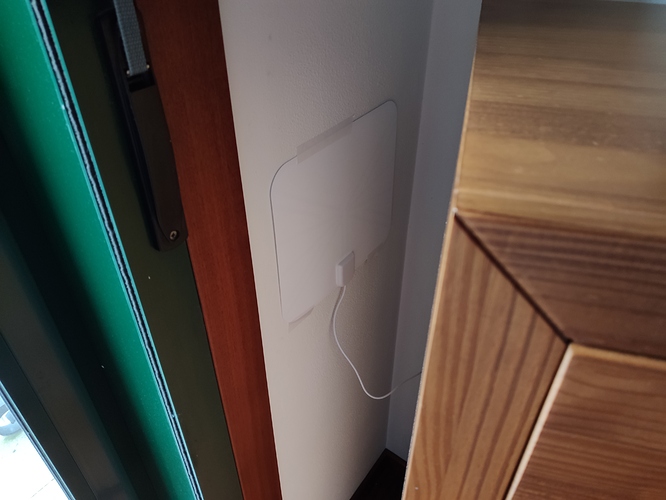 There are some issues too:

Overall, I’m happy with it. Let me know if you have any question.

Firstly my congratulations for your idea and proof of concept!
This is one of benefits of AOSP (Android Open Source Project) platform.

Please compare the battery operational time with active DVB dongle and without, but with similar content on VLC. Some years ago DVB-T USB-sticks were quite power consuming devices.

When you say
"has not the well-known HDMI limitations (4CC, zoom, bluetooth audio…) "
What do you mean exactly? As didn’t you report later in the post that you had Bluetooth audio issues anyway?

I want DVBT TV when I go camping and with have an antenna signal from caravan, but trying to work out the best tuner option. Do they make a HDMI all in one DVBT tuner? Anyone know ?

As didn’t you report later in the post that you had Bluetooth audio issues anyway?

When using HDMI, there is zero support for Bluetooth audio, it just isn’t a feature.
Original Poster is saying that Bluetooth audio desyncs after using this app for multiple minutes; which is quite different than not working at all.

Exactly. But… at the end of the day, bluetooth speaker is not usable either

Normally I don’t use my PPM on battery, but I did a test yesterday and battery died after 4:00 hours. Not bad! (The test was done in eco mode with the internal speaker at low volume)

@ferreiros After a few firmware upgrades of the PicoPix Max, have you found that the Bluetooth audio is better and doesn’t go out of sync i a few minutes, using this DVB-T Tuner?

Also I don’t own an Android phone with OTG microUSB port to check if it could be a potencial app’s bug or PPM’s.

So does it work ok then if you plug an external speaker into the PicoPix Max audio out headphone jack?

I also wonder if its any better with Bluetooth Audio, if you plug the Tuner into an Android phone and then just mirror the screen to the PicoPix Max?

It works pretty well if the external speaker is connected by a jack audio cable.
Regarding casting tuner’s video and audio from an Android phone to the PPM… I don’t think it would ease things any better

Actually I’ve made some new tests this morning with the audio out of sync issue when a bluetooth speaker is in use:

Until then… internal speaker or jack cable are the only way around.

thanks for the update. i’ve ordered a MyGica PT362, so will see how it goes. MIght take a month to get to me from China!
I saw other more reputable brands like the Avermedia Hybrid one, but still i struggled to find information on the Android apps and thought it was too risky to buy them to find not even the Android app will work on the PPM.
I wonder if PPM will ever be able to stream Bluetooth Audio with a HDMI input? As it would be much easier to get a small DVB-T tuner with HDMI out.

Eventually got the Mygica PT362, USB C with otg converter to USB A. Works well. Had it running for over 45 mins with Bluetooth audio and no loss if sync. Its overall ever so slightly gittery but its not constant. It’s like any digital image where sometimes it’s slightly freezes and then within a milesecond keeps going fine. Very happy with it!

This is interesting, bluetooth audio keeps synched, nice. I guess you are using their PadTv HD app, aren’t you?
Glad you are happy!

Yes thanks for the tips! Maybe the newer model one I have with USB c is improved? Yes using the PadTV HD app.

Yes, maybe that is the trick

So you’re using the Mygica PT362 tuner, with PadTV HD app. What USB-C/A OTG converter works? It seems like they’re not all created equal.

After no response from the original poster, I opted for the CERRXIAN USB 3.0 Type A Male to USB 3.0 Type C Female, which worked perfectly. It’s rated for data transfer & is an adapter/cable long enough to get the dongle away from the back of the PPM–nice for not stressing the USB port and allowing the unit to get closer to the wall.