Just like Netflix, even Amazon Prime has bad pixelated images. The upcoming update which fixes Netflix resolution will fix the Prime issue as well ?

@chipmonk I think these kind of problems seem to be related to software optimization and they can be fixed by update. From what I read from another post, a new update should be released very soon(1-2 days). You can try again after the update and report to Philips if it still exists.

I agree - amazon prime is unwatchable - the image is so pixelated.
Please fix ASAP.

Are you using the newest firmware?

using 1.0.25 but resolution is much worse than using Firestick into the back…

Same experience for me - using the latest firmware. On that update Netflix improved significantly, no improvement to Amazon prime though.
Plugging a firestick into the back, there’s a huge difference in image quality.

Using 1.0.25, also the color profile inside of the internal prime app seems dark. (no similar issues with smart youtube or using the fire stick in the back).

You can go to settings in the Prime app and change the stream quality. I current use the second option, the “Best” option is too pixelated for me

It would be better to have the chance to use the “prime tv”-app - but this app doesn’t work on my picopix. The feeling of the tv-app is a bit more like on the fire-tv-stick and not like the preinstalled App.

i have a an huge quality problem with amazon video when i use the app and the wifi. It’s not good too if i use airplay(very pixel and poor definition)

But it’s very good if i use my laptop with the usb c connect.

It’s not my network , i have verify.

Could you find an issue for this “bug”.

I’m using version 3.0.265.20357 of Prime without any issues, can you update to that one? Someone else tried it and indicated it was not in HD, but Prashant offered some advice on this. 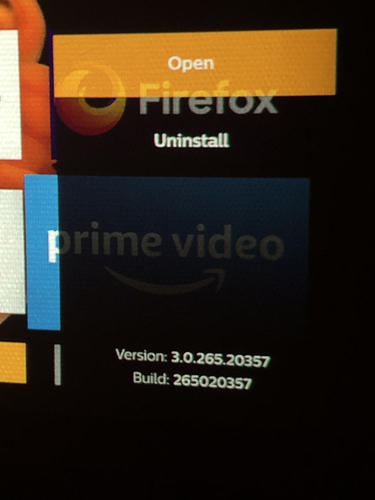 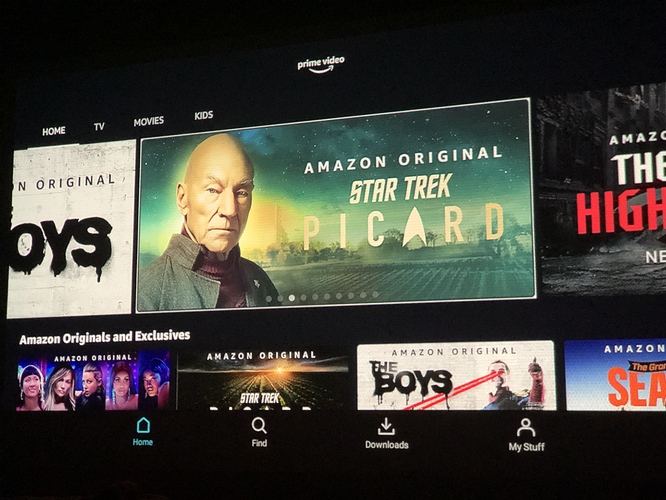 huge quality problem with amazon video when i use the app and the wifi. It’s not good too if i use airplay(very pixel and poor definition)

I’ve seen this mentioned by lots of people both here on the forum as well as on FB. Yet I don’t recognize my experience of the PPM in these remarks, and its been bothering me to think that there might be something wrong with the user experience others are seeing.

Since I don’t have two PPM’s (yet) I decided to try the following: I connected my iPhone 8 Plus via the Lightning to HDMI AV adapter from Apple to the PPM‘s HDMI input. I then started the Amazon Prime app on my phone and played back a part of Interstellar, watched about 4 minutes to get a general feel for the quality shown via this external setup. I then paused the video, pressed the Home button on the AirRemote and started the Amazon Prime app on the PPM, went to the same movie, and opted to Resume watching.

I couldn’t tell the quality difference if any from doing so, the image appeared just as crisp and in the same resolution, and rewinding back a bit showed the same performance during action sequences and the same color definition as I had seen via HDMI.

So what’s going on that’s causing some people to prefer to use external sources due to “bad quality”? Or is it just the UI that is lacking and leading to the use of FireTV’s, AppleTV’s, and other devices?

If someone has two PPMs please try them side by side, or if not, by doing it my way. I can’t see the difference, both are as high in resolution and quality.

Service: Amazon Prime Video client
App Name: Amazon Prime
App Version: 30.267.38057
Source: Aptoide Store
Status : Working fully
PPM Firmware version : 1.0.27
Full HD: Yes
Remote Support: Works with Standard remote, sometimes needs mouse interaction
Notes: I noticed that the Settings screen mentions that this version is a Beta version, which is how I got it from the Aptoide store, nothing to do with Philips Beta testing AFAIK.
These are my settings by the way, check the steaming quality setting on yours if you’re having “bad quality” issues. 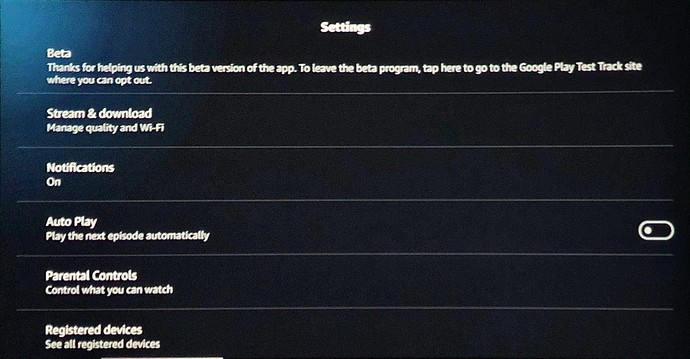 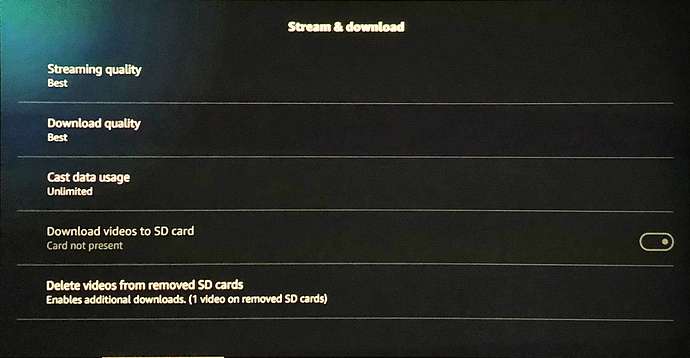 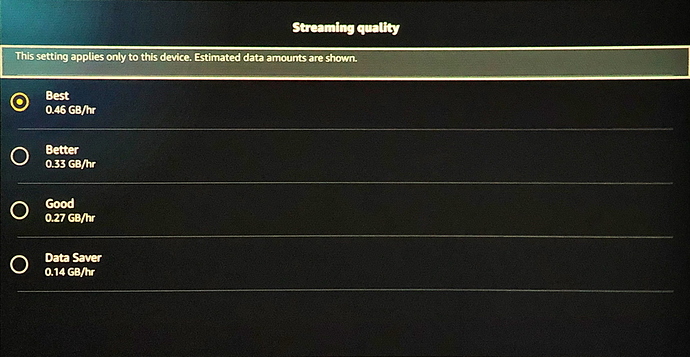 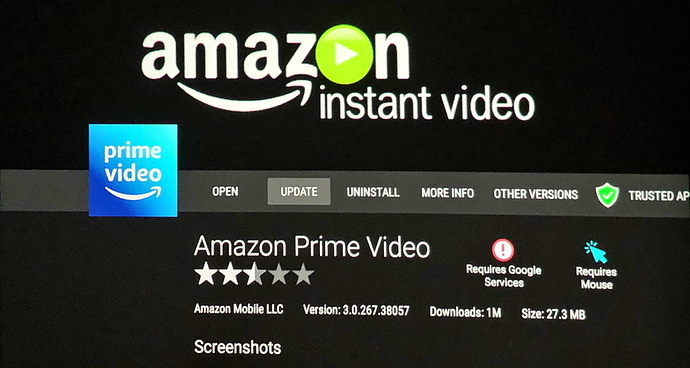 i’m sorry for this slowly answer but i’ve must work this week with our ENY corona.
Thanks for your very complete response, i try to test and verify yours solutions and i’ll be back after.

Just Updated Amazon Prime today but still the image quality degrades with time. Though in my computer i can watch the same video Full HD but it keeps pixelating in PPMAX Amazon Prime app. Anyone else facing the same issue?
@Philips_Support_P any feedback?
thanks

Are you using 2,4 GHz or 5GHz WiFi? Also, which version is your Amazon Prime app now?
And what settings do you have set in the Streaming quality screen (see 3 posts above)?

@IvoGrijt I updated the Amazon Prime app yesterday from Aptitode Tv. I am using 5Ghz with 50Mbps line. settings are set as best.

I’ll update to that and try it out, see if I can reproduce your experience.

Hi guys.
Love my PicoPix. But I’m having issues with the Amazon Prime app. The quality of the video always defaults to terrible. As you know, the app is the one deciding on the quality of the video depending on internet speed and you cannot change it. I have a 100mpbs connection and for me, Prime is just unwatchable. I think it goes to 420p or something.
Has anybody else experienced this? Any fixes?